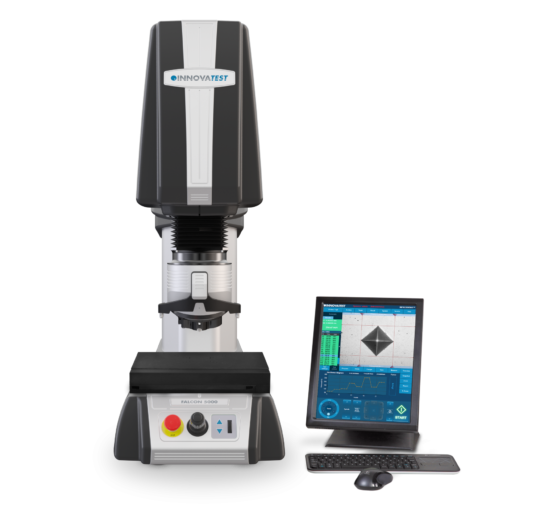 The Brinell hardness tester is best used to measure the hardness of any material whose structure or the surface is too coarse or rough for other test methods to be used. This may include metal forgings and castings. This hardness testing method uses a high test (mostly over 3000 kgf), along with a large diameter indenter (about 10 mm). The reason for the high load and wide diameter is to even out any surface and sub-surface inconsistencies. The machine drops a fixed load, and the strength of the indenter is known. Therefore, it is easy to determine the hardness of the material in question. Unlike the Knoop and Vickers hardness testing method, it uses a carbide ball instead of a diamond load.

How to Use the Brinell Hardness Tester

You start by placing a piece of the material under test on the machine surface under the load. Then, drop the ball and hold it in place for a predetermined time. The resulting dent is then measured with a Brinell Microsoft or a specially designed optical system. You make measurements across twodiameters that are at right angles. Then, take an average of both readings. After getting the average diameter, you then use a chart to convert the average diameter to the actual Brinell hardness reading. If you are testing the hardness of non-ferrous material, you may use a lower load of between 500kgf and 2000kgf. Lighter materials also require balls with smaller diameters to make narrower indentations. You may need to prepare the test surface with a grinder to even the surface for better readings.

Love to tell you a story!